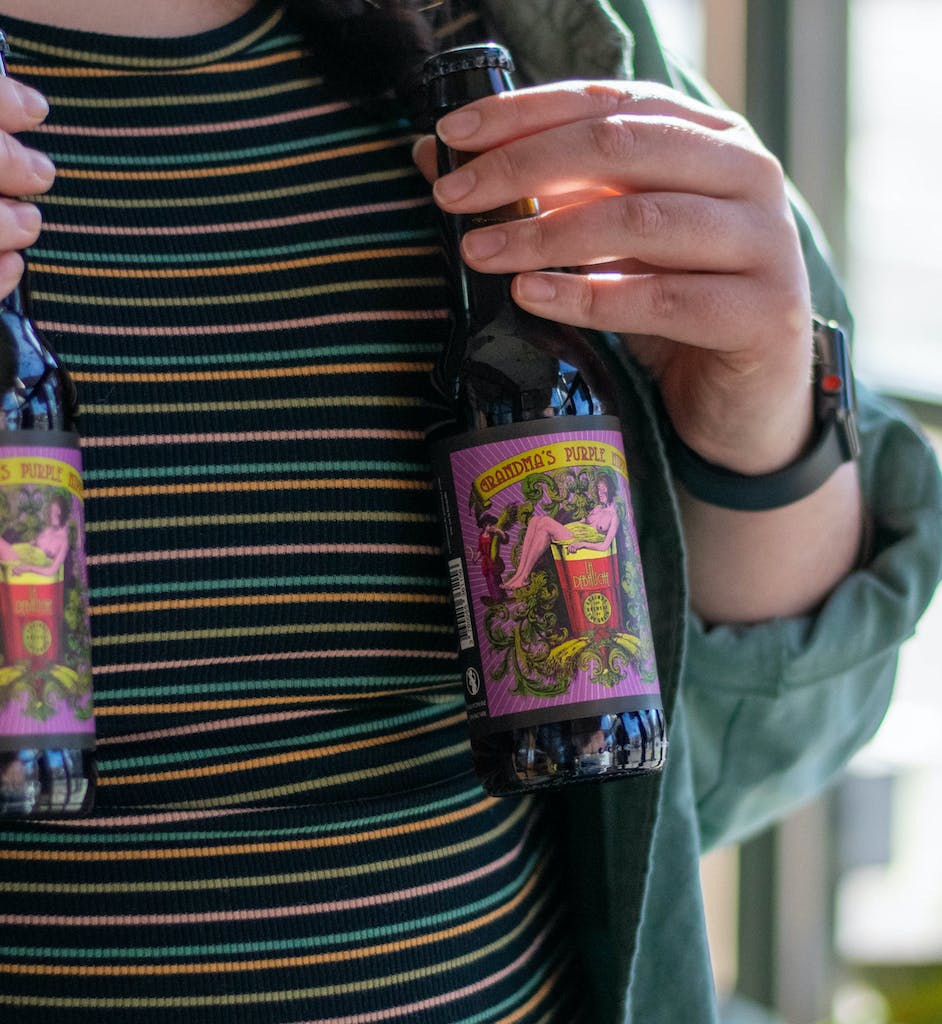 Some things just don’t translate. And as we’ve learned over the years, puns are one of those things. Thankfully good beer tastes great in any language, and poor translations often lead to great names. Our collaboration “Grandma’s Purple Nipple ” with La Debauche Brewery out of Angouleme, France is no exception.

We first linked up with La Debauche back in 2016. After a little back forth, and a few weird ideas courtesy of Brewmaster Jerry Gnagy, we decided to brew a wine-barrel aged sour beer with raspberries and lavender. “They even had their own Lacto-sour, and after we talked about how to incorporate that. We also discovered after putting tons of fresh lavender in, that some herbs are more potent fresh. Ya know like I would say Rosemary would be a good example of that, whereas we learned that lavender is much more potent dried. “Co-Owner and Brewmaster Jerry Gnaggy recalls. But the discoveries didn’t stop there. 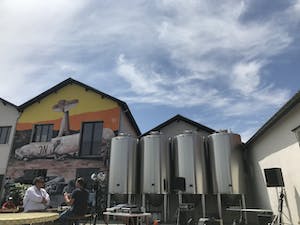 One of the most significant discoveries and most revealing moments happened when it came time to name our delicious brew. “When you’re in a different country, you know puns don’t translate very well. And when we were naming it I thought, ‘oh Lavender, it’s purple’ and kept thinking ‘purple power,’ ‘purple nurple.’ Well, after I got home, they were talking about the artwork. And obviously, the French people don’t know what a nurple is. So they asked if we’d mind if we called it Purple Nipples instead. And they send the artwork and there is a naked lady on it with her boobs out, and it was the perfect name. It turns out the beer did well for them, and they liked it so much they kept brewing.”

And so, Grandma’s Purple Nipple was born. The delicious result of a  lovely cross-continental collaborative brew effort and good sex-jokes gone awry. Is there anything more us?

Grandma’s Purple Nipple is available in limited quantities only at the Against the Grain Bottle & Gift Shop.