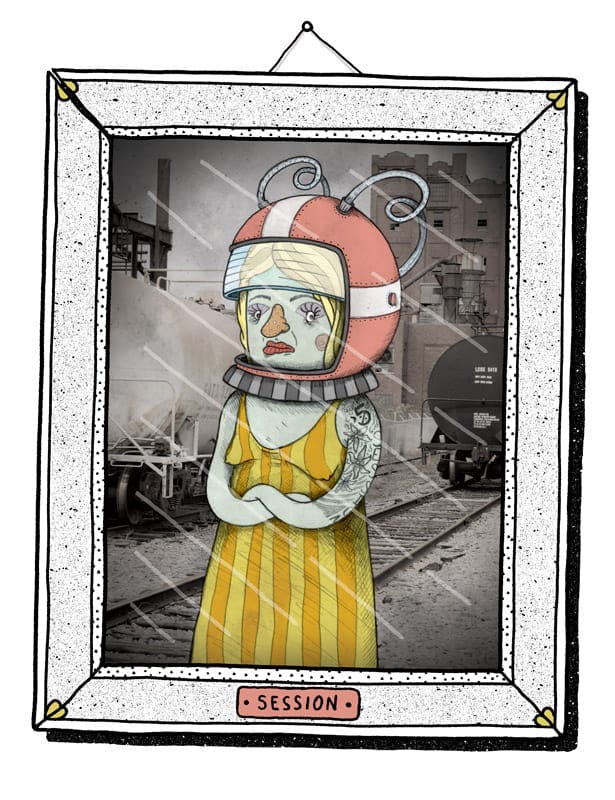 Session hails from the East end of town. She never had any real ambition, except to party.  She was the number one, Grade A party girl: light and jovial. She loved to hang with dudes and flirt to be flirted with.

Time passed and the people she used to hang out with got married and had kids, but the party never stopped for Session. She may be worn down from people always “getting her,” but she’ll always be around. You can’t shake her. She’s still everyone’s favorite when things get wild.

Hop rolled into our lives on a fixie. He came from Colorado where he homebrewed with homegrown hops. He skipped town after a run-in with the law. Something about confusing hops for weed in Norton County, KS, and a faulty defense lawyer. Anyway, it didn’t take Hop long to make new friends in Louisville because he never has to try very hard to be hip. His floral nature and sometimes-fruity character make him well-liked. 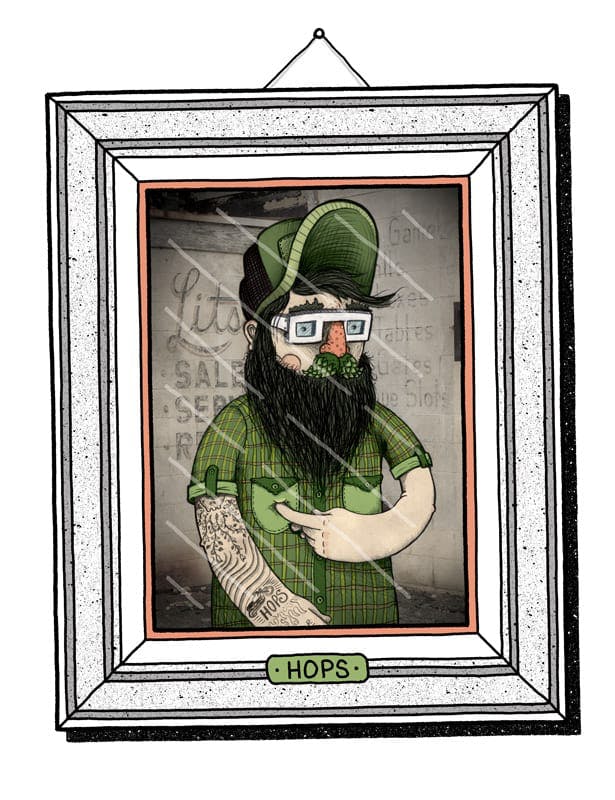 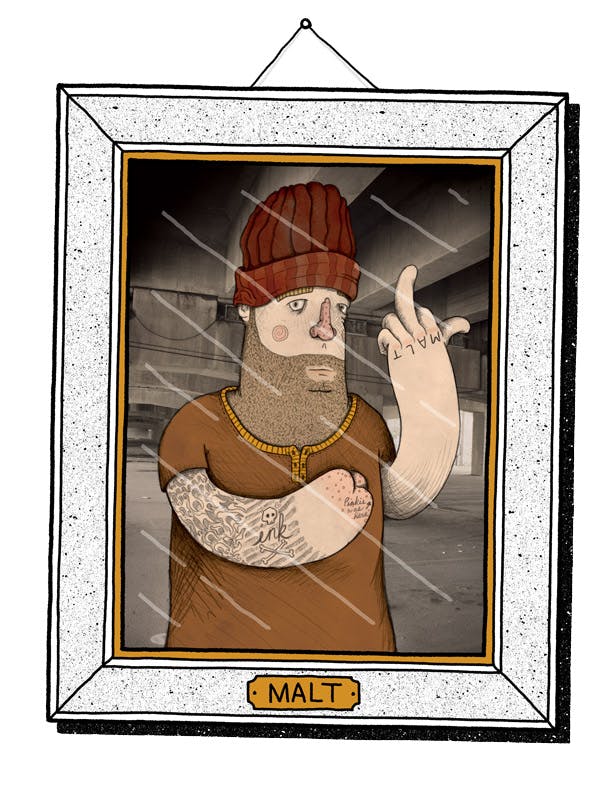 Malt grew up on a farm in Southern Indiana. He was big and slow, but sweeter than a pecan pie! Nothing was ever special about Malt until he became a Scottish cockfighting referee.

One day when disqualifying Michael Vick’s prized cock, he was cold cocked by one of Vick’s entourages. As he lay unconscious, the disqualified cock pecked his hand clean off. As an amputee he was shamed from the cockfighting circuit and was forced to move to Louisville where he now collects government checks.

He’s back to being average. He drinks beer everyday, but he can’t afford the Pliny or whatever. He doesn’t care though because he doesn’t like bitter beers anyways. He’s not bitter about his hand either, but Malt does hate all chickens.

Every drop of Against the Grain beer is indicative of the blood, sweat, and tears our team of award-winning brewers produced, but more importantly, our beers embody our spirit. So it's only natural they take on a life and story of their own. With that, we introduce to our family! Session, Hop, Whim, Malt, Dark, and Smoke represent characteristics in the many styles of beers we make. To learn more about each member of our family, read on! Then check out how they live out their lives on any of our packaged beers. 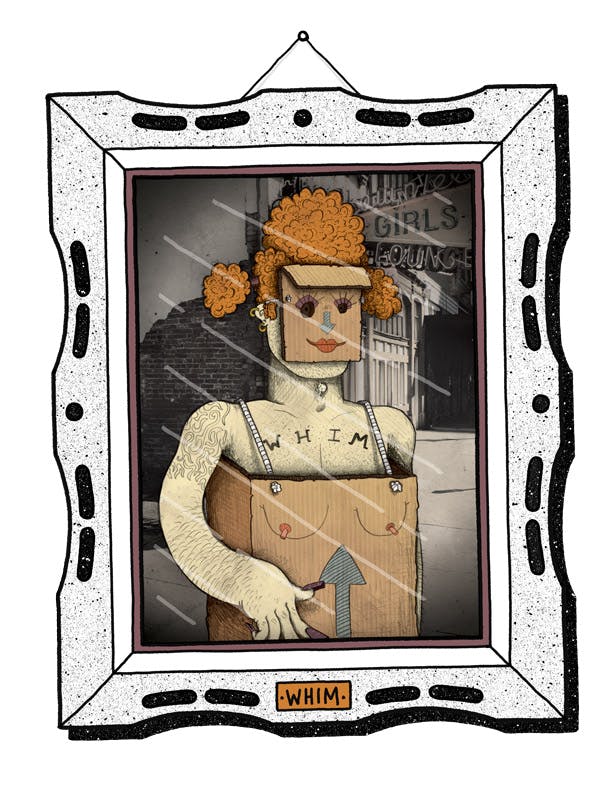 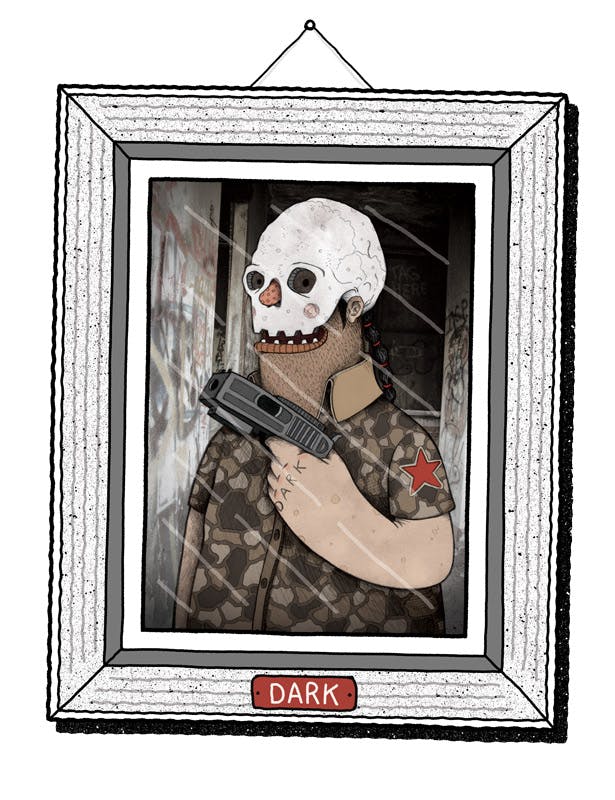 We don’t know a lot about Dark other than he was born with a birthmark that looks like a full beard. He’s been seeking revenge for his parent’s death since his eighteenth birthday. We don’t know where he came from exactly, but it’s definitely a shady place with some shady shit. What we do know is that he’s foreboding as hell and has no qualms about biting your fingers off.

Straight out of Smoketown, KY, Smoke was born and raised on not giving a fuck. After watching Smokey and the Bandit and Over the Top on the USA network, Smoke became a truck driver at the age of 12. Years on the road aged Smoke and made his brain a little wiry.

Nowadays he has an office job at the logistics company. He’s often confused for being close to retirement although he’s only 28. His office is next to a window so he can continue to smoke 8 to 12 packs of cigarettes a day. No one really likes to be around him because he smells so strong, but nonetheless, he still shows up in places he doesn’t belong in like the women’s restroom and the organic fair trade furniture store where he sleeps on futons during his lunch break. Smoke is smoke and always will be. If you know him, you love him. If you don’t, you never will. 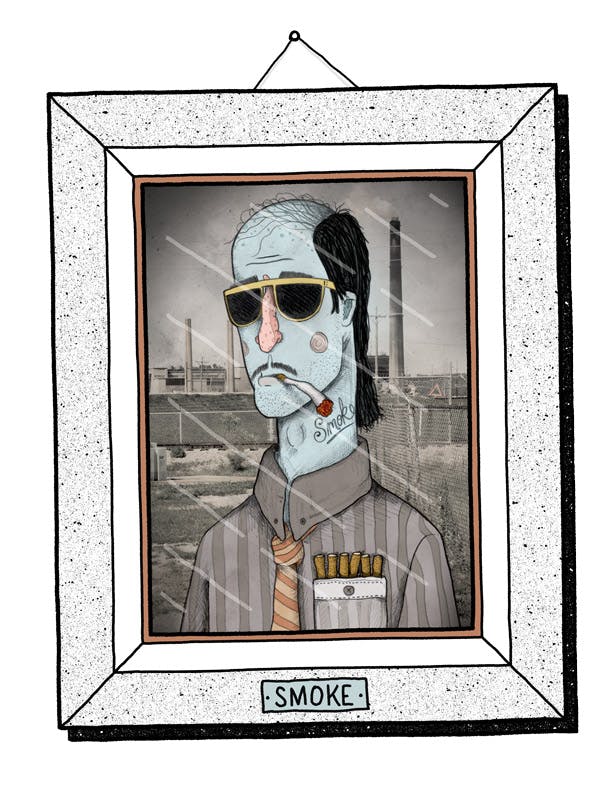