We Love Squallis Puppeteers and This is Why 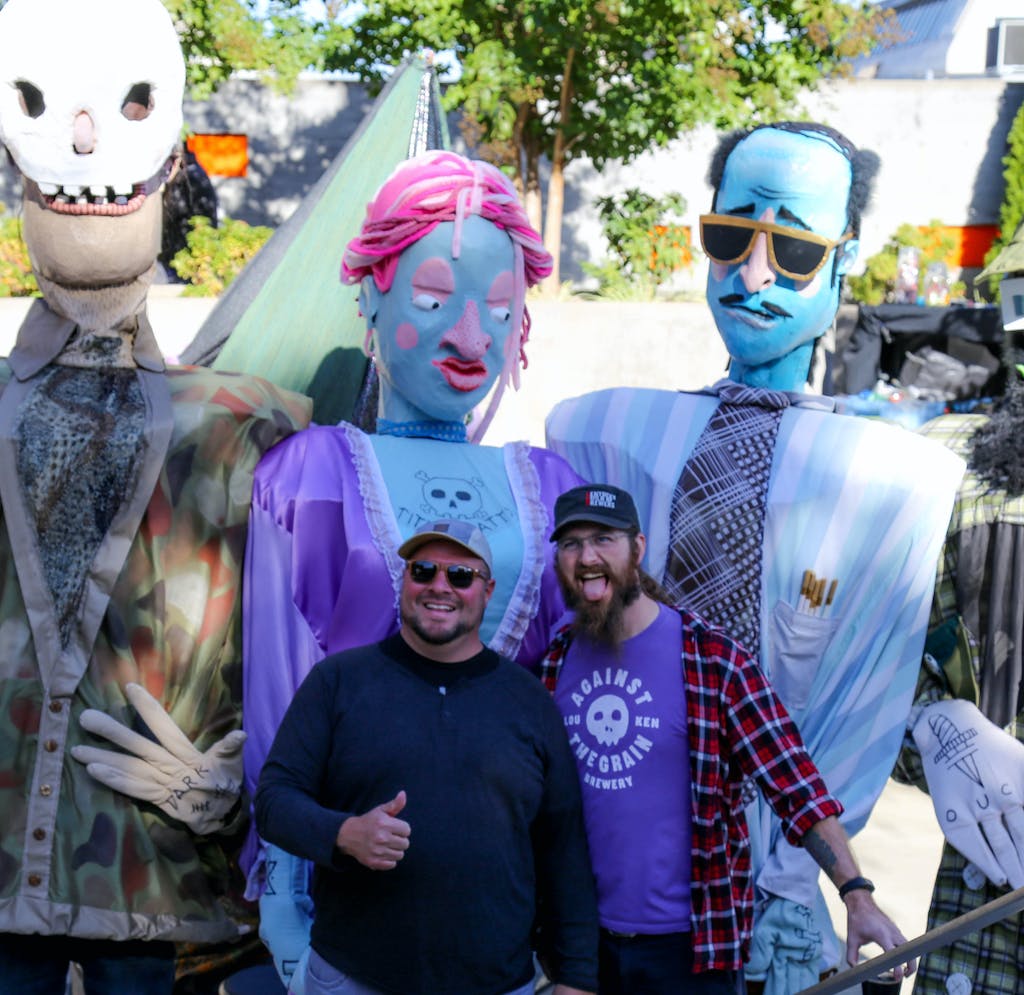 They’re a little hard to miss. After all giant, 9-foot-tall crafted puppets aren’t something you see every day. Even if they’ve been around Louisville since 1997. These looming pieces of art are brought to you by Squallis Puppeteers, Louisville’s only non-profit puppet theatre and puppeteering group, and Bo and Luke’s longtime charitable beneficiary.

With their puppets, Squallis “unleashes the creative mind” through creative workshops, community outreach, and, most importantly, through story-telling. If you haven’t noticed we at Against the Grain love a good story, and are proud to support those telling bold stories in bold ways. Over the past three years, we’ve raised over $15,000 for Squallis during our annual Bo & Luke bottle release event. At this year’s release event, Squallis will receive 100% of proceeds from our silent auction during the event. 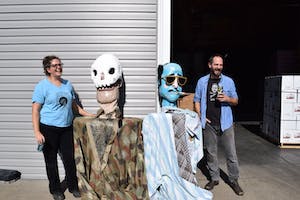 Squallis has also brought to life Against the Grain’s cast of characters: Session, Hop, Whim, Malt, Dark, and Smoke. You can see them all at this year’s event.

We sat down with Sean Hennessey, Executive Director of Squallis Puppeteers, to chat about puppets, story-telling, and more!

For those who aren’t familiar with Squallis, can you describe your mission and what you do?

Shawn Hennessey: Our mission is to use the art of puppetry to free imaginations, create fantastic characters, and to tell the stories that are important to our community.

How did the idea to start Squallis come about?

Hennessey: My wife started Squallis with her sister and friends. The idea was, going to rock shows – loving the bands, but wanting there to be more spectacle. To be silly and have fun, play around with puppetry. As it progressed, places like Speed museum asked them to do more with kids and family. Eventually, we became a non-profit in 2003. 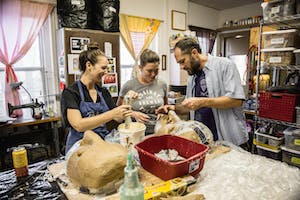 Hennessey: We talked about how it wouldn’t have happened anywhere else the way it happened here. We once did a show about called Crowning – which was the story of home birth. And for the show, we created an anatomically correct vagina, for a scene of a live puppet birth. Later on, we bought that same vagina to a protest, and next thing you know, kids of friends were popping their heads out from inside it, and all the parents were laughing and taking pictures, and the kids didn’t know what was so funny. Only in Louisville could you find a group of parents and people like that.

What stories do you think are important to the Louisville community?

Hennessey: Most shows have components that are things we notice around town. Class disparity, teaching kids to pay closer attention to what they eat, teaching kids how to recognize their anger and deal with it in healthier ways, how to use recycling, and not spend a lot of money to be creative. And that’s just the shows themselves. We have workshops and artist residencies that help the community in a different way. When Trump got in office we adapted the story of the Emperor’s New Clothes, and that story, in particular, doesn’t really have an ending, it is open-ended. It asks more questions than answers, but gets you thinking about how to use your voice to speak truth to power.

How does art help to tell those stories?

Hennessey: It sounds like a bad pun, but puppetry – is literally at an arm’s length. A lot of times, children and adults have a lot easier time expressing themselves through a puppet because it’s slightly removed. We’ve had shows that talk about trauma, through a puppet. We decided a few years ago to a do a sex ed show, which was in some way’s was successful, and some ways faced a lot of resistance, which is an of itself was kind of a comment on what we were doing, that was kind of the point of it was that it was scary. It was fun to address that subject through puppetry. It’s easier to hear a puppet talk about something that would be uncomfortable to listen to an adult talking about it. 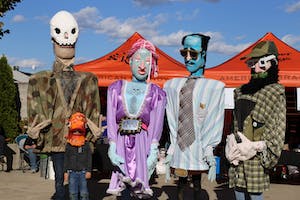 Reading over your mission statement is mentioned that Squallis aim to reflect the values of “citizenship, empathy and collaboration” can you talk a little bit about why those values are so important to your work?

Hennessey: A couple reasons. First, Squallis was very inspired by Bread & Puppet Theatre out of Vermont. They are a very politically active group. The company itself was getting started right around the Gulf War, going to the protests. The original members were a very politically active group of people. Another reason would be all three founders were raised Quakers, so there is a history of nonviolent protest and political involvement there. So, for example, we run by consensus rather than typical procedural rules. We’re a very political organization, and very transparent about that, but we achieve that by going after issues, not politicians. 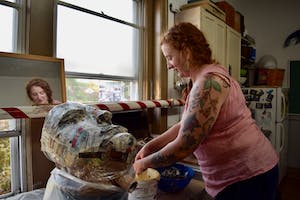 What programs or other ways have donations from Bo & Luke affected Squallis?

Hennessey: The money from Bo and Luke goes straight into the general operating fund to pay our staff and keep our many programs running. It helps to run programs such as our First Saturday series, to help us tour schools all around the region and workshops and to generally serve the community statewide and southern Indiana, and also to expand our reach with these programs.

Help Squallis Puppeteers to reach more communities around the state and region by joining us for Bo & Luke on November 2nd!