Behind the Label: Bloody Show 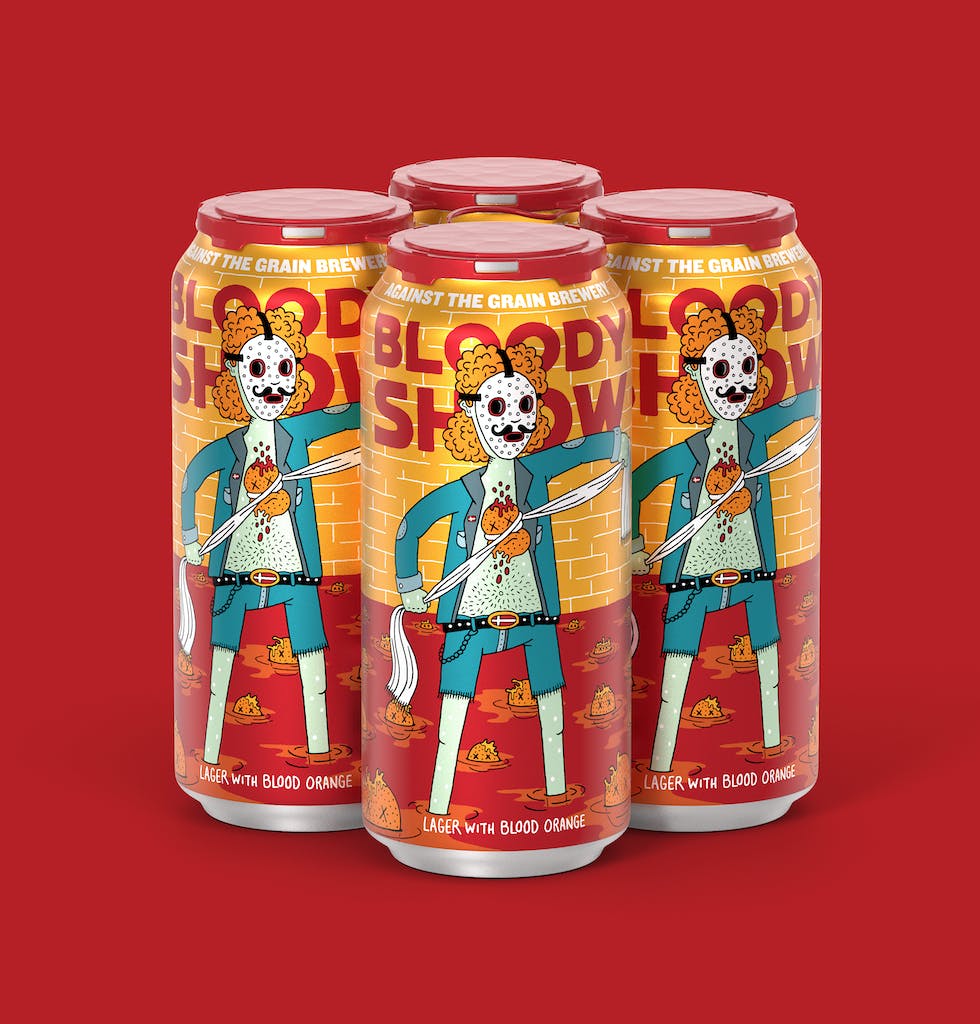 Bloody Show is our seasonal Blood Orange Lager paying tribute to international collaboration. This crushable lager is drenched with juice and zest from a ton of blood oranges, and its release signals the arrival of fall AKA #spookyszn. Maybe you’ve guzzled one down at the bar in our Smokehouse, picked up a 4-pack from your local beer store, or just ready to get your hands on some. Either way, ever wonder who the heck that guy is on the label or why we name it after a term only those with children might only know? Well, we’re here to tell it to ya straight! Or rather Sam Cruz, one of the four Co-owners at Against the Grain, is here to give you the low down. 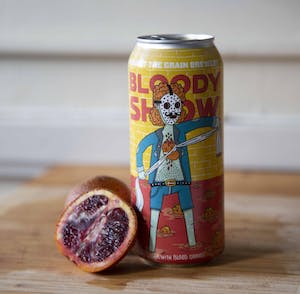 Why name a beer Bloody Show?

Sam Cruz: Even before we brewed our first beer at Against the Grain, we wanted to do a beer called Bloody Show. I asked Jerry, Against the Grain Co-owner and Brewmaster, if he knew what it was because we were both having children around the same time, and if you have children, you should know what it refers to. If not, Google it. So when we had an opportunity to do a beer with Mikkeller in Denmark – Mikkel asked us what we wanted to name it. We jumped at the chance because of the language barrier they didn’t know what “bloody show” meant. So we got away with it.

Did the name come first or the style?

Sam Cruz: Name first. Like I said before we even opened the doors to Against the Grain we had this in mind for a beer name. We have another one inspired by the Danish language we want to do eventually called “jdahgchidt” pronounced “dog shit.”

So who is that guy on the can?

Sam Cruz: That’s Whim! Bloody Show doesn’t really fall into any one category. It is a totally off the cuff beer, with an off the cuff character. We thought we’d pay tribute to our brewing counterpart Mikkeller – so Whim is portrayed as this hipster Dane with cut off jean shorts. Putting on a show, killing all the oranges.

On the Upside: October
We Love Squallis Puppeteers and This is Why