On the Upside: October 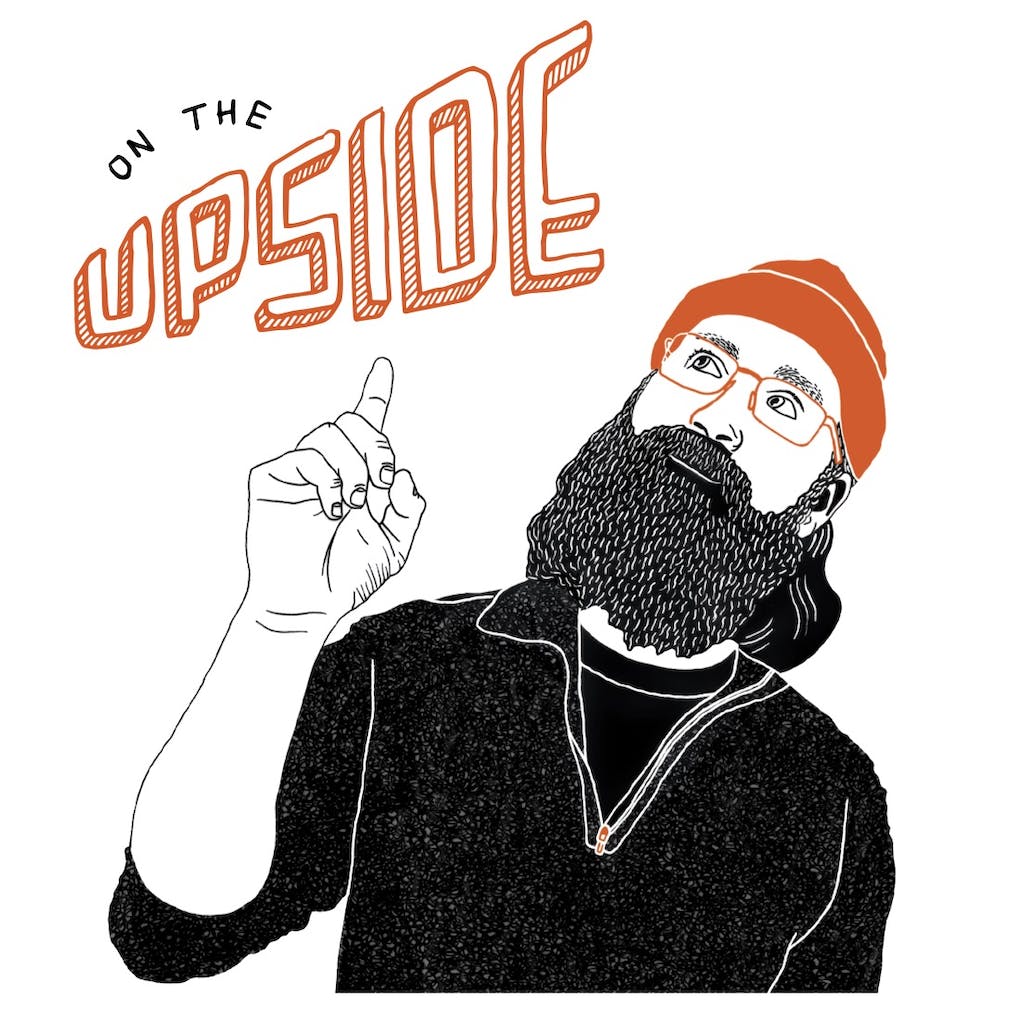 The recipient of this month’s Looking Up grant is the Louisville Independent Business Alliance (LIBA) and their LIBA West campaign. Most of you Louisvillians have probably heard of LIBA or at least seen their “Keep Louisville Weird” campaign around town. Broadly speaking, LIBA exists to promote Louisville’s locally-owned, independent businesses and to educate people on the ben

efits of shopping at such companies. Historically, LIBA has been perceived as mostly a Highlands organization. It’s understandable given the density of independent businesses in that neighborhood, but their mission is undoubtedly more significant than that. With that broader mission in mind, they launched their LIBA South initiative in 2013 and their LIBA West initiative in 2015 to apply some focussed attention in those areas of the city. This month I had the pleasure of speaking with Jenna Haugen about her work on the LIBA West initiative and how it’s working to improve West Louisville’s businesses and empower its citizens. 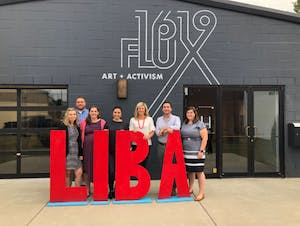 This month’s grant funds will go to support the West Louisville Trailblazer Series. This is an excellent example of the sort of empowerment I was talking about. Jenna described the intention of the event as “organic mentor matching.” The Trailblazer Series presents a roundtable of existing West Louisville business leaders both to hold them up and to show other smaller or aspiring business owners in the audience examples of success.  In the short term, it offers aspiring West Louisville business owners lessons and resources directly from other folks in their neighborhood who have faced the same challenges and are currently succeeding. In the longer term, it creates networking opportunities whereby these aspiring business owners can connect and form “organic mentoring” relationships with the roundtable participants. Participants are provided with lunch and childcare during the event. For a struggling or aspiring small business owner, those two things can really make the difference between something worth attending and something not. The grant funds this month will support both of those provisions and will enable and encourage meaningful participation in this great event.  I can’t wait to see what cool new West Louisville businesses come out of this! 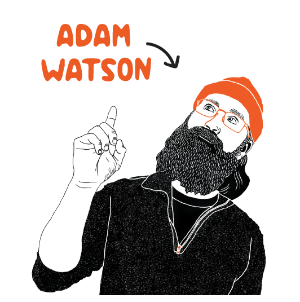 From a position of privilege, the savior complex can be tempting. And it can even come from good intentions. The tendency to see that you have plenty, and your neighbor is wanting should create a desire to help. How we help, though, can matter just as much as whether we help. This thought isn’t entirely separate from the fisherman analogy last month, but let’s focus on a different element. Sweeping in from afar to lavish your riches upon the less fortunate can solve some problems, yes. Immediate needs are likely to be met. This kind of instant fix, however, is unlikely to have the enduring benefits of empowerment. Especially in a neighborhood with as much pride in its history and culture as West Louisville has. Solutions have to be homegrown and centered on building local networking, infrastructure, and support rather than proverbially air-dropping resources and hoping for the best.

In recognition of just this point, LIBA has put together a three-part approach to achieving its mission objectives in West Louisville. First, it has established the West Louisville Trailblazer Series, which is the focus of this month’s Looking Up grant. The second piece is an Asset Mapping project designed to create a central directory (along with an actual map) of resources available to West Louisville businesses. As a business owner, I can attest to the fact that you need a lot of support from a lot of people and organizations to be successful. Sometimes it can be a challenge just to find out whom to talk to. This Asset Map should ease that challenge by connecting business owners to potential solutions. The third piece is the West on Wednesday project, which highlights and directs people to a West Louisville restaurant once a month. Again, as a restaurant owner, I can attest to the value of having a big night of sales once in a while. By these three approaches, LIBA hopes to build connections and relationships in the West Louisville business community. It’s not so much a matter of teaching a business leader how to succeed. It’s teaching a business community how to work together, and in that empowerment, there is great promise.

A Good Thought from Adam 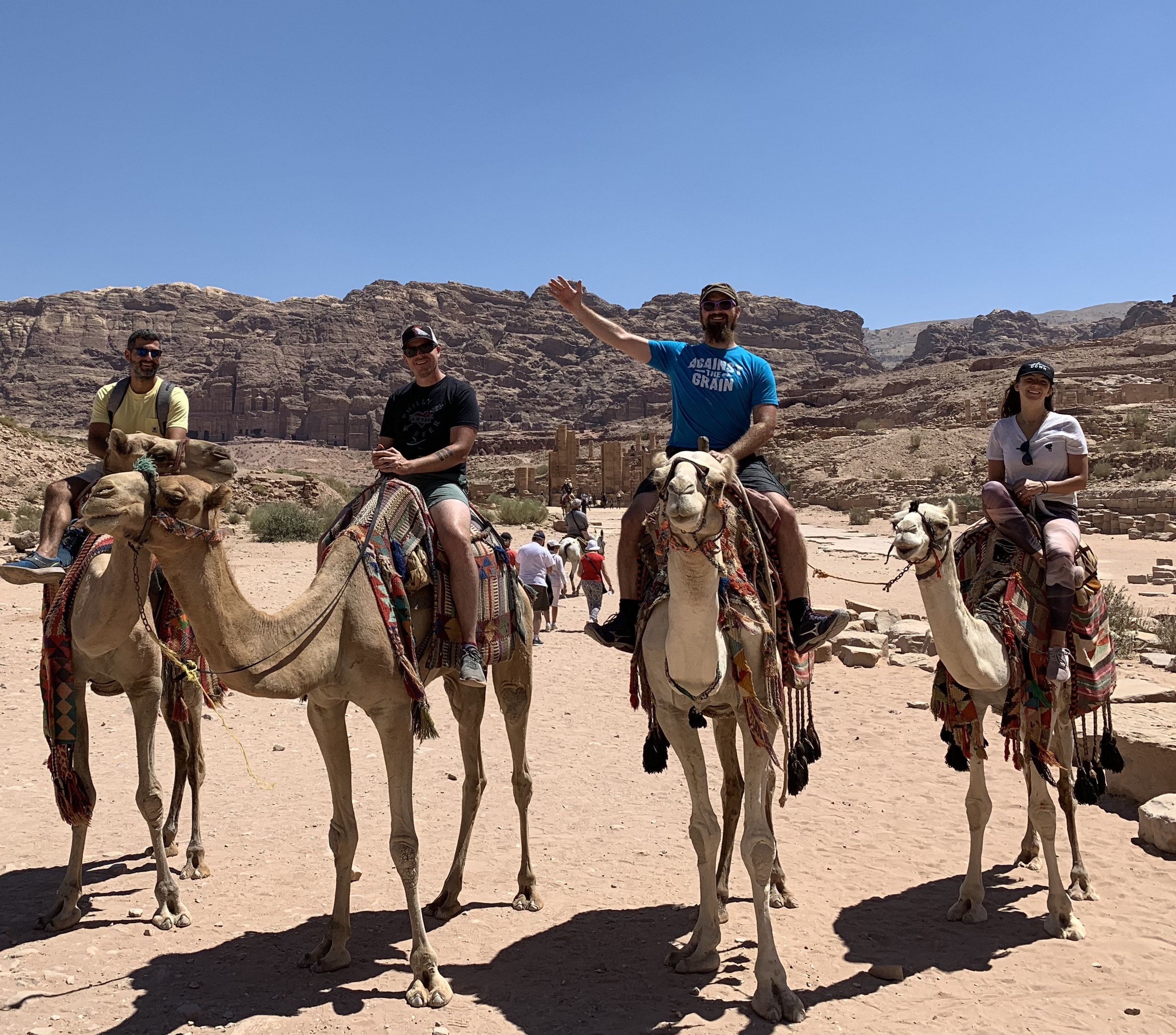 In September, I was once again afforded a spectacular opportunity to travel. One of the best things about my job at Against the Grain is the opportunity to do amazing things with amazing people.  Our collaborative spirit often results in our ability to make interesting beers at world-class breweries in far-off lands. My recent trip to Jordan was no different. Carakale, Jordan’s first craft brewery, invited us to make a beer with them. And the owner, Yazan, decided to show off his favorite parts of his country while we were there. It was my first time in the Middle East, and the culture shock was significant, but I have always believed that travel is one of the greatest educations a person can get. Immersion in a world not quite our own can help us see things from other perspectives. People who look, sound, think, and behave entirely unlike us still lead passionate, interesting, complex lives. It can be challenging to change our perspective when we are surrounded by people, mostly like us. Seeing full lives led in ways that seem completely alien to us can yield an amazing dilation of worldview. By realizing that our differences don’t necessarily make us altogether different, we gain a little common humanity, and I can think of few things more valuable than that.

About On the Upside
Mission: On the Upside exists to show off the great people doing great things in their communities and to prove that, even in troubled times, it’s easy to find people helping.

Any good company is a blend of its owners personalities. Adam Watson, one of the owners of Against the Grain Brewery, has always brought optimism and a desire to find and create good in the community. As a brewery, it’s easy to show off how fun we can be, but in reality, there’s a lot more to us than just a great party. We are also deeply passionate about our people and our community. Adam has always kept Against the Grain involved in local charities and associating with people making a positive impact on the world around them. On the Upside exists as a platform to show off this part of who we are. There are so many amazing people doing amazing things. Our success as a brewery has given us a valuable platform from which to be heard, and with great power comes great responsibility. Time to hold up our heroes!

Against the Grain Partners with River City Distributing, Inc.
Behind the Label: Bloody Show