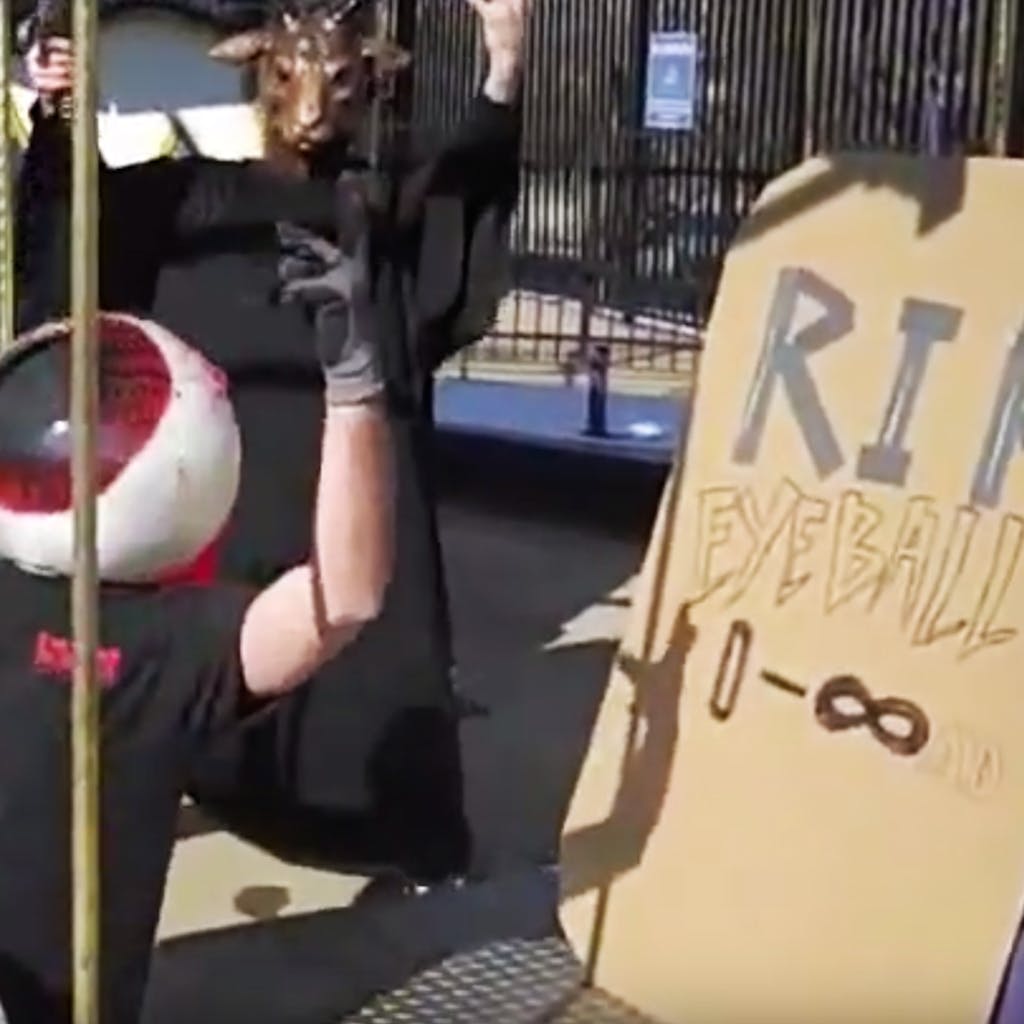 Against the Grain to release
“the most metal beer ever!”
#Save Ferrous
Against the Grain Brewery out of Louisville, KY is at it again. The all seasonal, all rotating taps and styles brewery has poured their hatred and rage into a tank, fermented out the sweetness, and filtered out all life!

On Monday, March 18th at 9PM, Against the Grain Brewery and Smokehouse will be hosting a Heavy Metal Release Party in honor of its newest and most brewtal beer yet at the brewpub at Slugger Field (401 E Main St). The beer in question, “Save Ferrous”, is a red rye malt liquor aged on a blowtorch sterilized sword blade that was suspended in the tank by a guitar string. Like all rye beers at AtG, we metalled the Hell out of it. We played an extended playlist of heavy metal to the yeast for the duration of the fermentation process and the Goat Lord of Lager (along with his assistant, Guyball) will be blasting metal all night long at the release party. Save Ferrous will also be available at select beer bars in Chicago, Indiana, Kentucky, and (through Twelve Percent Imports) unknown locales around the nation.

Save Ferrous has been endorsed as the Official Metal Aged Red Malt Liquor of Metal Blade Records, a metal music label out of California that is home to such headline acts as Gwar, Amon Amarth, Cannibal Corpse, and Goatwhore. A visit to the AtG YouTube channel will let you in on a little bit of the grotesque attitude poured into the making of this beer. Think Three Floyd’s is metal? Think Surly is the darkness? Think Jester King is brewtal? None can ‘out metal’ Save Ferrous! All other breweries will be crushed under the all-obliterating boot-heel of the One True Lager, Save Ferrous!