Against the Grain Departs for Copenhagen Beer Celebration 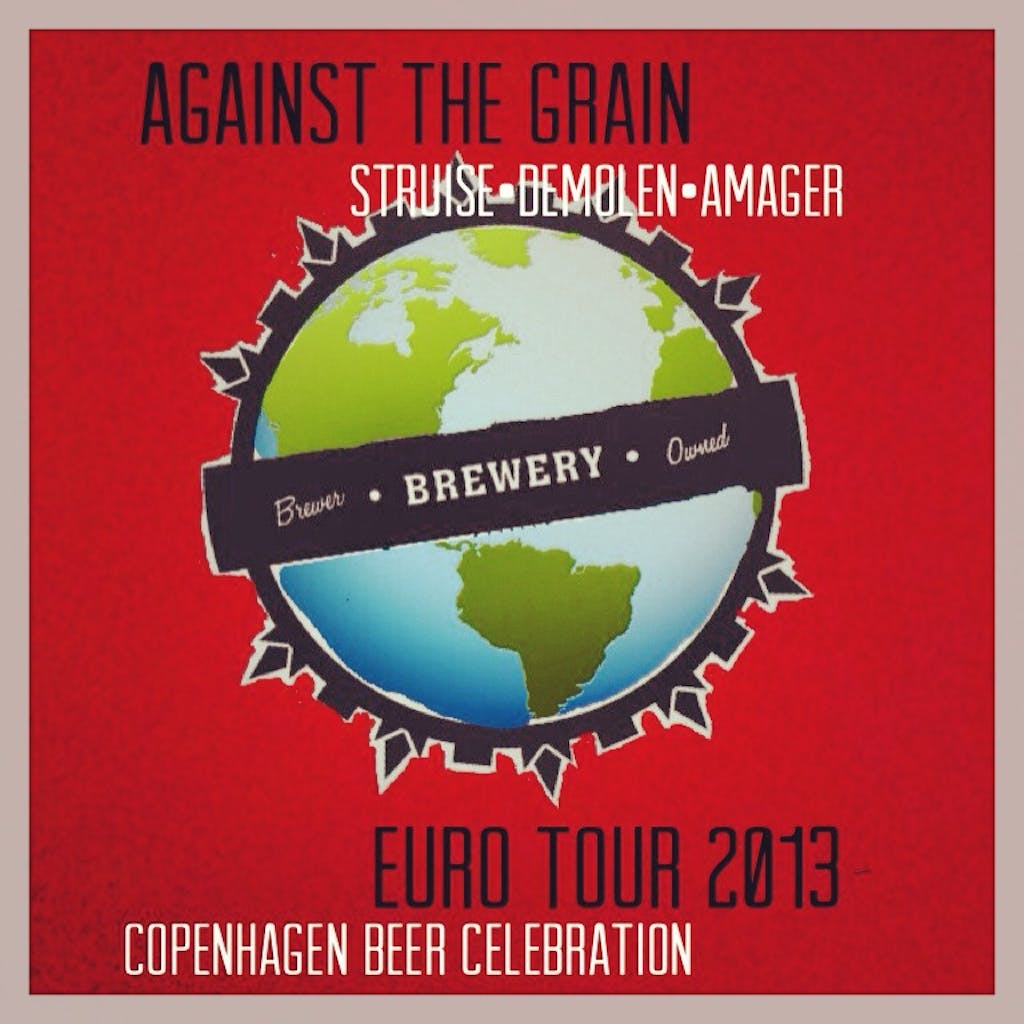 For Immediate Release:
Against The Grain Brewery will be one of only 30 of the greatest brewers on the planet to bring beers to The Copenhagen Beer Celebration in Denmark on May 3-4. The CBC, as it’s commonly known, was established in 2012,”to gather the absolute best brewers around the world, with the intent to celebrate them and their fantastic beer.” We are honored to have been selected to showcase our brewery and beers for this event. It is one of the worlds most respected artisan beer festivals on the globe. We are proud to show that Kentucky can send not only good bourbon out into the world but beer as well! The CBC will take place on May 3 & 4 in Copenhagen, DK. We will showcase around 12 different beers during the fest, some of which have been available in local markets before and others served for the first time. For more information on the CBC check out the link … http://copenhagenbeercelebration.com/blog/

In conjunction with traveling to Europe for the CBC, Against the Grain will also take the opportunity to do some collaborative beer projects with three of the worlds most revered brewers.

In late April, we will travel to Oostvleteren, Belgium to produce a beer with iconic brewer Urbain Coutteau of De Struise Brouwers. The yet to be named beer will wrap up over a year of planning and discussion for the brewers to produce a unique marriage of styles and specialty techniques. For more info on De Struise, follow the link … http://www.ratebeer.com/brewers/de-struise-brouwers/9244/

On the second leg of the AtG Euro-trip, we will stop in Bodegraven, Holland to brew the Euro incarnation of our own cultish beer, Bo & Luke (a barrel aged imperial smoked stout), with Menno Oliver of Brouwerij De Molen. Lending to an already established history of collaborative brewing, we will take the Bo & Luke concept to De Molen and create a different version of this already amazing beer! For more info on De Molen or Bo & Luke follow the links … http://www.brouwerijdemolen.nl/ https://www.atgbrewery.com/Menu/Beer/2/Dark/3/Bo-Luke/246

Our last stop before the CBC takes us to a brewery located in Kastrup, Denmark to produce the final of our collaBeerations. We will work with brewmasters at Amager Bryghus to produce a beer to go into bottles and a portion exported from Denmark to the USA for sale. The beer, to remain a mystery, will be a part of Against the Grain’s first entry into foreign markets in bottle format. We are very excited at the opportunity to work with the guys at Amager, as we share many similarities, most notably the desire to rage in a brewhouse and make some kick ass beers! For more info on Amager Bryghus, follow the link… http://www.ratebeer.com/brewers/amager-bryghus/8189/

While we are excited to visit Europe and work with such amazing members of the global brewing community, the Euro market is no stranger to Against the Grain beers. Since our inception, it has been our goal to produce world class beer. The only way to truly take a measure of our products claim to being world class, is to send them to the most critical markets on the globe for scrutiny. We are proud to say that, much like our local markets, global markets also receive Against the Grain beers with the enthusiasm that keeps us innovating, experimenting, and brewing cutting edge beers without compromise.