Barleywine: The Other Winter Beer 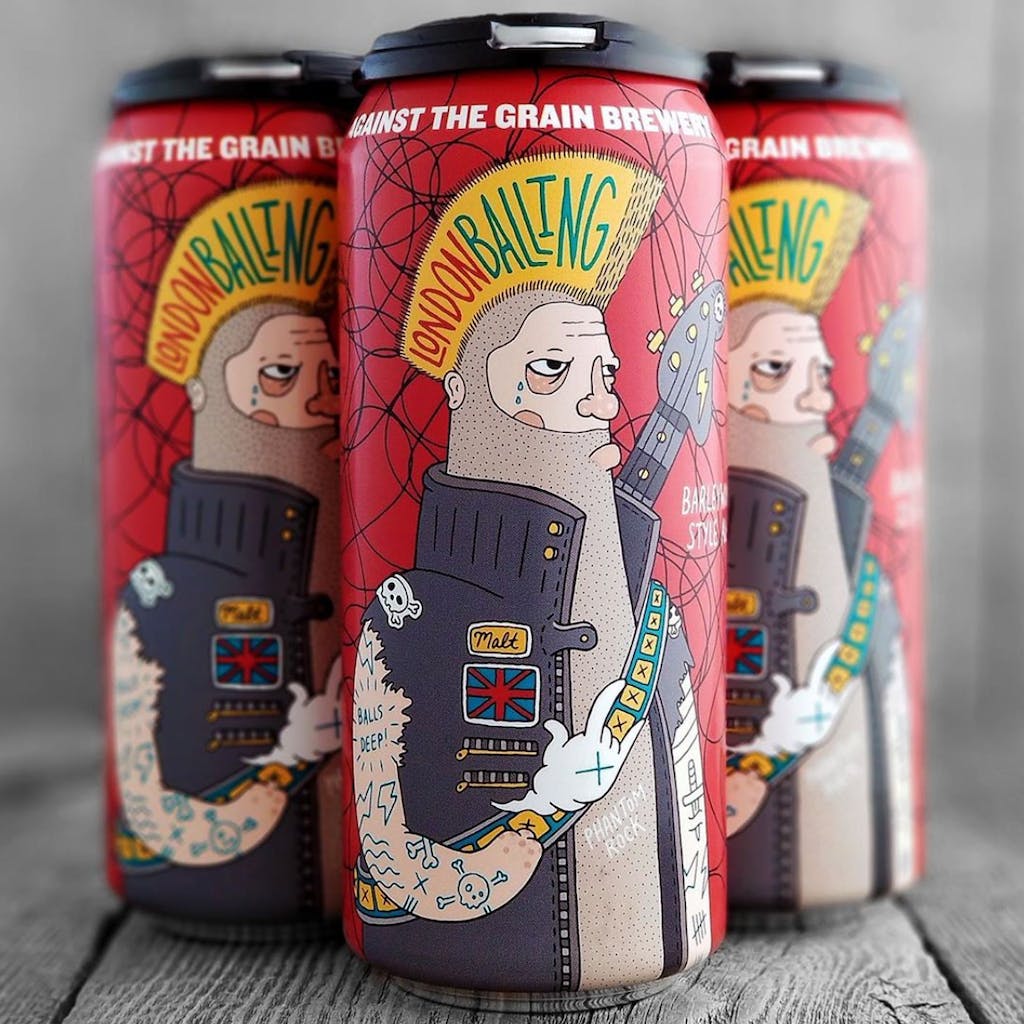 Sure, you love stouts, we love stouts, everybody, and their step-mom love stouts. But it’s high time we appreciate the other big, boozy, winter brew, Barleywine. London Balling, our signature English-style Barleywine, has it all. It’s sweet, malty, and, most importantly, has an appropriate ABV to get you through the holiday season. So why so little love? We talked with Head Brewer, Alex Vogt, about all things Barleywine, barrel aging, and why London Balling is the one you’ve been sleeping on.

Ashley: We should probably start with the basics. What is London Balling?

Alex: London Balling is an English-style Barleywine that we age in Bourbon barrels.

So all London Balling is aged in something? Whether it be Amburana barrels or Bourbon barrels?

Yeah, we usually use Old Forester barrels, and we tend to use those because they have such an excellent character.

But we don’t always get the same barrels, from the same distillery correct? How do you standardize the flavor or make sure that you can create a standard barrel-aged product?

So we’ve used a lot of different barrels in the past, from a lot of different distilleries or barrel brokers, and we’ve gotten to a point where we know the particular brands of bourbon that we like to use, specifically what barrels we want. Good, or highly sought after bourbon doesn’t necessarily mean good barrels. And that’s something that we’ve learned through using so many different types of barrels. A lot of people want to buy and use the craziest most prized bourbon barrels, but that’s not necessarily the best barrel to age beer in. It might be, but the barrels that we use, as I said, we use Old Forester barrels, so we have a steady supply because they make so much, and they’re very consistent. And because they make so much, and because they’re so consistent, we get the barrels when they’re still pretty wet, and that allows us to impart a lot of flavor into our beer from the barrels. 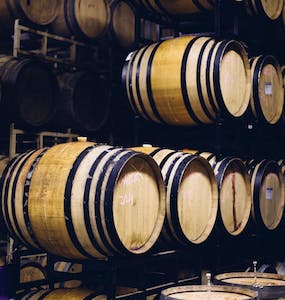 The way the barrels age, though, or even with a beer, we taste every single individual barrel. So if we make a batch of beer and we put it into barrels, and then we blend them, so make one consistent product.

So for London Balling, how long is it in the barrel?

About 90 days, yeah, that’s another unique thing our soak time in barrels tends to be a lot lower than a lot of people. But again, we’ve come to this kind of sweet spot where because we taste the barrels a lot and pull samples we know when we hit that threshold. Especially with a beer like London Balling, it’s a big boozy beer. It doesn’t need long because when you do that, you start to lose the quality of the beer to the barrel taste.

I think another thing about Barleywine is that people tend to think about it as a “unique” style. What’s unique about the style?

So I don’t know if “unique” is a word I would use to describe Barleywine. Barleywines for all intents and purposes are simple. You take a whole bunch of barley to make a very high gravity beer and you ferment it and when it ferments, even though it has a lot of alcohol it tends to be on the sweeter side. With that, the higher the alcohol content in a beer, the better it will hold up to oxidation. Barleywines are great to put in your cellar and sit and age for a while, London Balling, in particular, is excellent off the line, but it’s REALLY good six months later. I’ve had London Balling that’s 2 or 3 years old that drinks great, because as it ages it starts to kind of balance out and mellow and is unique in that way. But as far as uniqueness with weird ingredients or anything that we do to the beer, it’s a relatively straight forward beer.

So, what makes London Balling different from a lot of Barleywines?

We barrel age it! It’s not a traditional type thing, where you would take a big giant beer made to hold and drink through the winter and put it in a barrel for shits and giggles. Weirdly, more people don’t do it – nowadays more people are starting to than they used to. To me, it’s such a great beer to put in a barrel because it’ll hold up against oxidation, it holds up well in a barrel, and the qualities of the barrel shines differently. I think in a stout you get those nice roasty toasty notes, some vanilla from the barrel. Versus a Barleywine, since there are not roast malts in the beer, really any dark malts, so those chocolate coffee notes, or any of those rich deep flavors are from just the barrel. So Barleywines take different flavors out of the barrel, in a different way than a stout would. With a Barleywine, it’s not competing with those flavors or playing off them because those flavors aren’t there. It makes for an exciting thing to put in a barrel.

So why don’t we see more Barleywines in other breweries?

It’s not a popular style for beer drinkers, especially right now. The way that beer is trending right now is like pastry stouts and beers like that. However, there are a vocal few who are Barleywine addicts.

You always have that one person who is like a die-hard Barleywine fanatic.

There’s an Instagram account, @Dontdrinkbeers, and they are all Barleywine, all the time. But yeah, it’s just on the whole, not a super popular style. It’s also a big beer. And a lot of people would package them in bombers, even 12oz of a Barleywine is a lot.

Very true. I mean, what’s the ABV on London Balling?

12.5%, so it’s like a Bo & Luke in a can. But one four-pack is a generous amount of beer to share with like eight people. We could all split a can of London Balling, and each gets a good taste of it. Or each one of us could have a 16 oz can, and have a solid buzz. 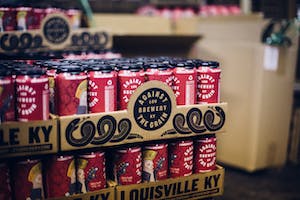 The remarkable thing about that too, you could get a 4-pack share a couple with friends and then cellar the other two instead of having to decide between drinking it now or later. But still, it’s not the most popular style, so why do we make it?

Well, I think it’s an interesting beer, but more importantly, we like to drink it. I really like London Balling all the time, but especially when it has some age on it. It’s one of those beers that I don’t think gets enough attention.

Follow London Balling through its journey from kettle to can here!

Behind the scenes with this ballsy, barmy, and Amburana barrel-aged barleywine! Whew. Who's thirsty?! Get London Balling Amburana this Saturday, 1/26, at noon at the Bottle & Gift Shop. Learn more: https://bit.ly/2sskWVf

Posted by Against the Grain Brewery on Wednesday, January 23, 2019

London Balling is available now at the Against the Grain Bottle & Gift Shop!

Kentucky: Home of Burgoo
On the Upside: December