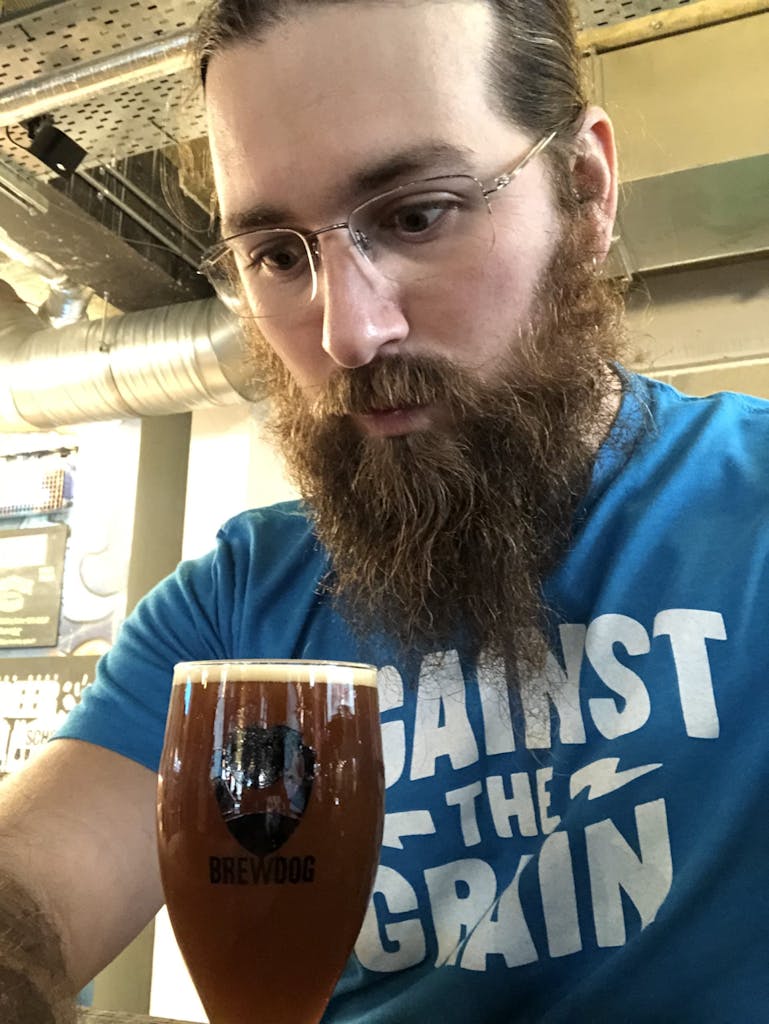 Unfortunately, I had to say goodbye for now to the fine chaps at Anspach and Hobday as I boarded a train to Manchester. After checking in to my hotel and dropping by Cloudwater’s taproom, Unit 9, I went out to the Brewdog Outpost for our tap takeover. We had five beers on, many people drank them, and I got to sample a wide array of their offerings while sharing stories with their brewer, their staff, and their patrons. All in all, I had a great time. 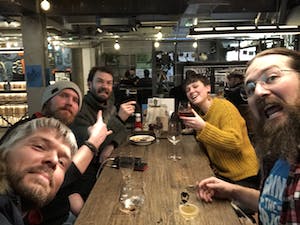 One conversation that struck me particularly well was with a guy who runs a bar in a small town out on the east coast of England. He told me about cutting his drinking teeth on a variety of local malty cask ales (in the true CAMRA style) and then seeing the proverbial light one day when he adventured to a pub that had kegs. Kegs! He was delighted with how bright, clean, and flavorful beer could be out of a keg. Now I fully realize that I border on fetishizing the concept of cask ale when I’m back in the states. It’s one thing that I can never find reliably anywhere I go, but over here, the stuff makes up roughly 50% of beer sold. I was stunned that this guy grew up drinking cask and was so impressed when he finally got to drink beer from a keg. I’m just the opposite; it seems. I have keg beer all the time and am overjoyed when I get the opportunity to drink something out of a cask.

I’m sure there’s a lesson roughly equivalent to “the grass is always greener” in there somewhere, but I can’t find it. I was too busy adding to my growing collection of sketches of penises. My theory still holds, by the way.