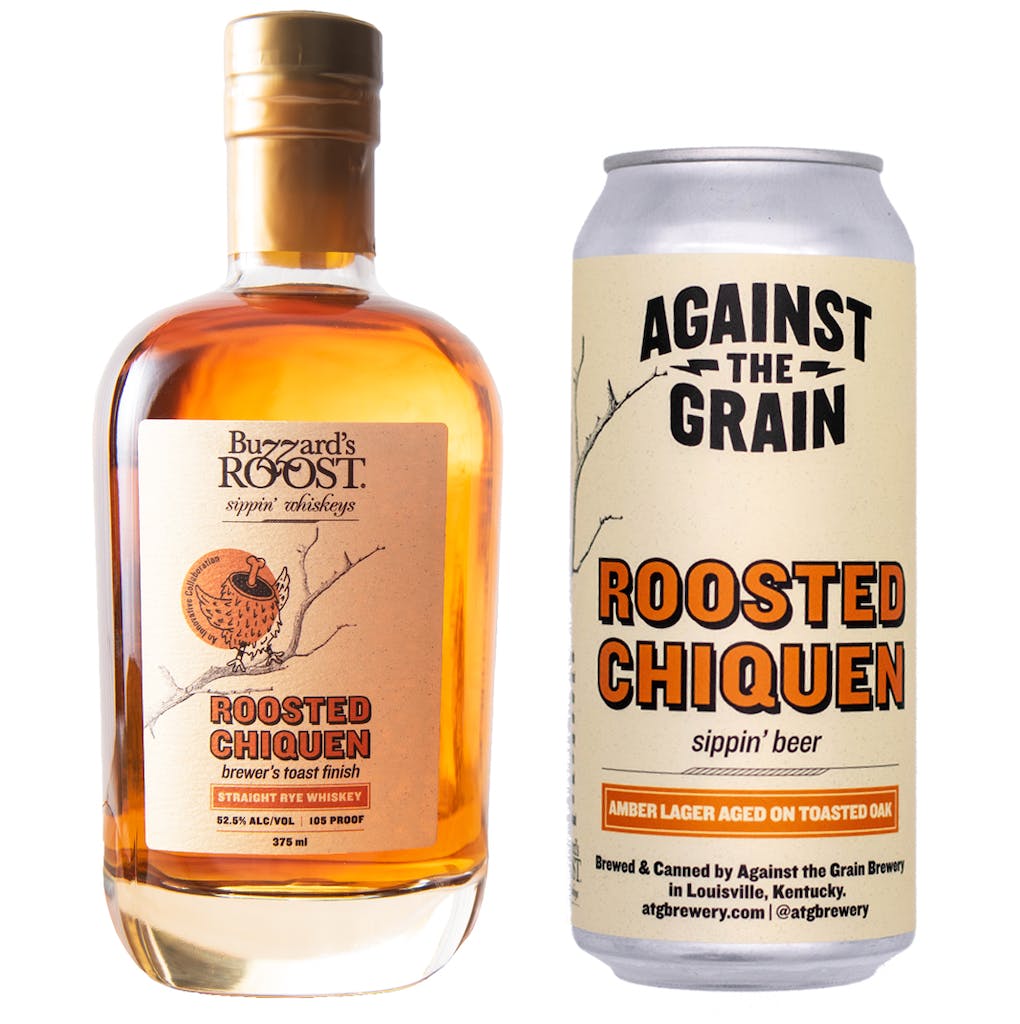 Cluck, cluck! Some new chiquens are in town!

We’re excited to announce and release our first-ever beer and whiskey collab with the fine folks from Buzzard’s Roost! It’s not every day you meet people in the beverage industry with the same knack for innovation and love of tradition. So when we crossed paths with whiskey makers from Buzzard’s Roost earlier this year, we knew the only thing to do was to collaborate on something exceptional, a wood-aged amber lager and a rye whiskey with the same oak profile!

Together in a think tank at Independent Stave Company, we worked together to create a custom oak profile for our perspective liquids. The oak profile we created was used to toast the staves we later added to our amber lager. The same profile was used for their toasted barrel to age the rye whiskey. The result is two innovative beverages with the same notes of vanilla and smoke from the oak aging process. 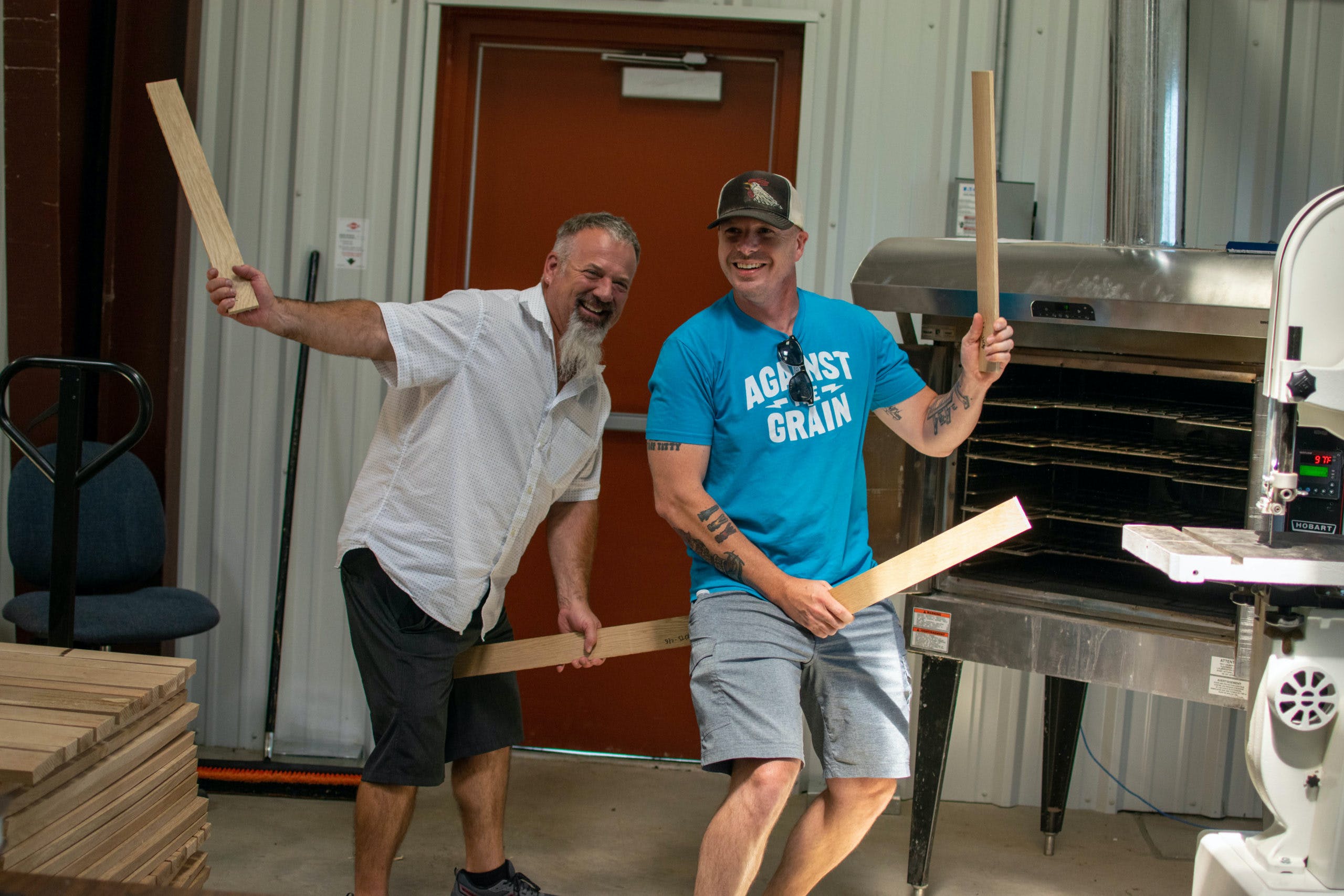 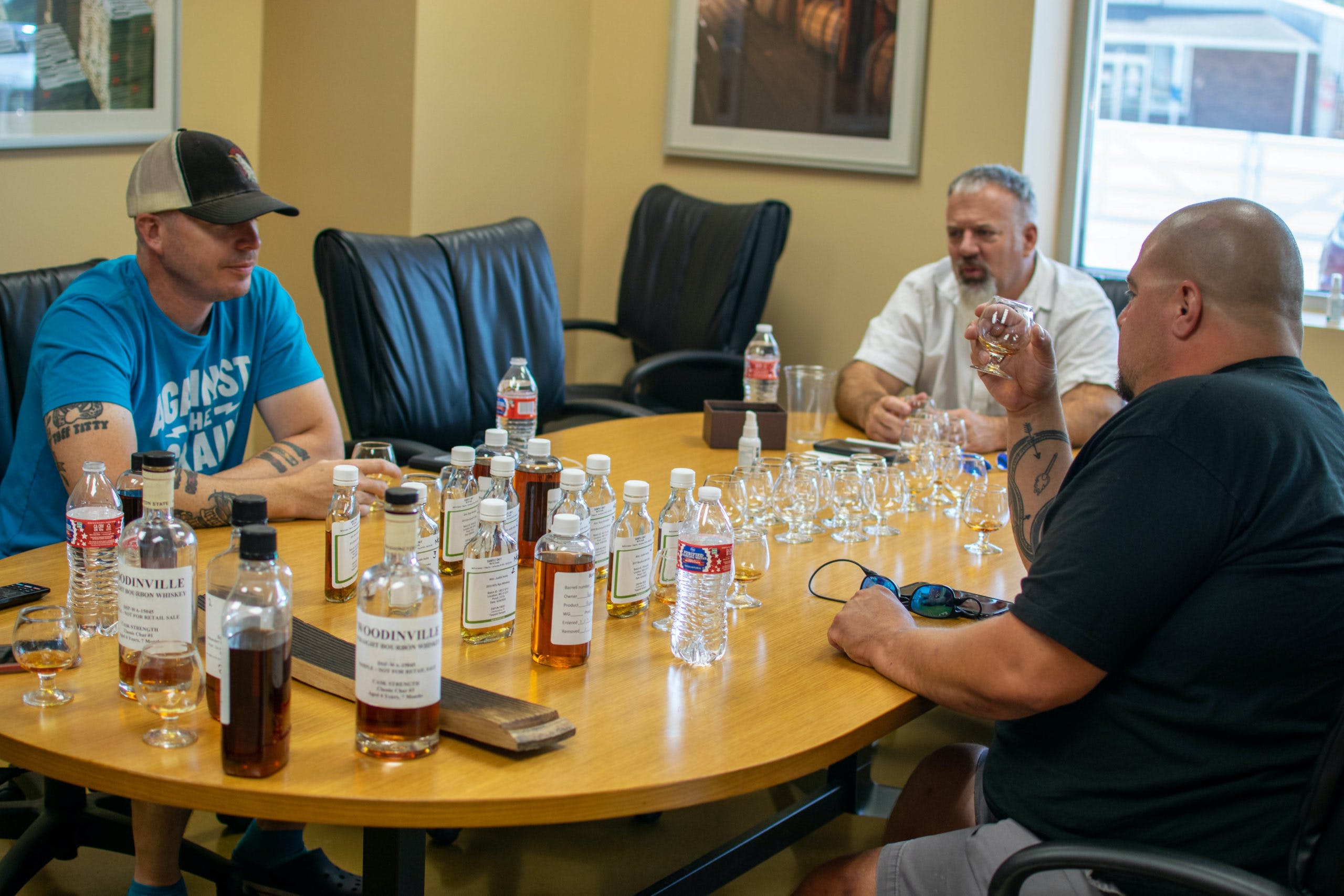 “We’ve experimented with smoke and oak flavors since we first started brewing,” said Jerry Gnagy, co-founder and Head Brewer at Against the Grain Brewery. “We saw what Buzzard’s Roost was doing with their specialized, custom barrels and thought it’d be fun to see what happens when we introduced our amber lager to the same wood.”

Unique to the whiskey industry, Buzzard’s Roost uses proprietary barrels – all charred or toasted to a specific temperature in order to create certain flavor profiles. Once the whiskey is selected, it is re-barreled using the special barrels and aged in Kentucky warehouses.

“Think of the staves we use in our barrels as a spice rack,” said Jason Brauner, Buzzard’s Roost Master Blender. “Picking and choosing flavor profiles, specific to the wood on a molecular level, we can make a pretty good guess at what flavors will be imparted on our whiskey. Turns out – it also works well with beer.”

This was truly a special project for us to collaborate with people who love wood and the aging process as much as we do. Roosted Chiquen Brewer’s Toast Finish and Roosted Chiquen Sippin’ Beer are available for purchase now at Public House by Against the Grain and throughout select retail stores throughout Kentucky later in November. You can have one without the other, but we suggest sippin’ them both!