Bo & Luke Bottles: Everything You Need to Know 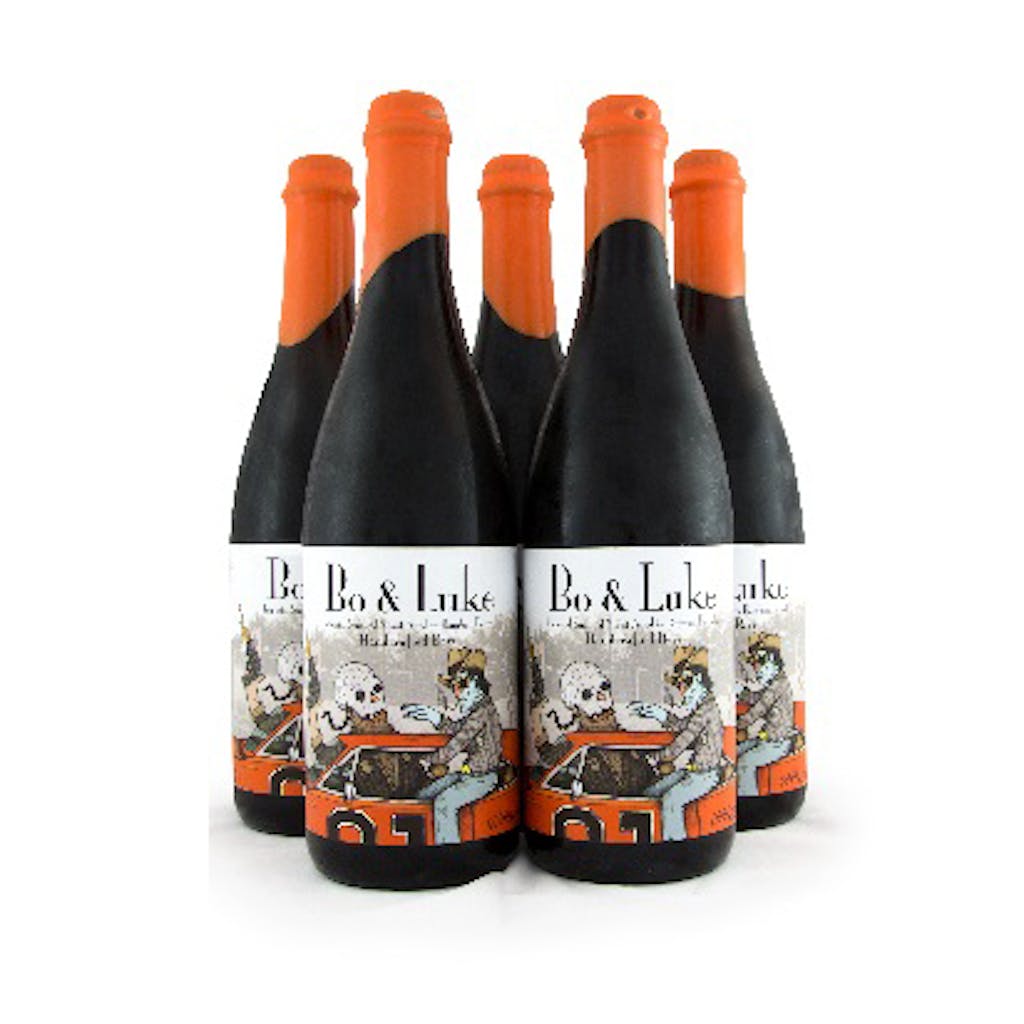 Good Morning esteemed members of the media and beer world!

Against The Grain Brewery & Smokehouse (that’s us), located in Louisville, KY at Slugger Field, will be doing a semi-annual release of one of our most sought after and revered brews!

“Bo & Luke”, as we refer to it, is a collaboration beer first brewed in the summer of 2012 with the Dutch brewmaster of DeMolen, Menno Oliver. Menno has garnered a reputation for being one of the best brewers in the craft beer world. Couple his and our expertise for creating big, bold beers, as well as our gumption for creating beers that push the boundaries of flavor, and you’ve designed a beer that is worthy of the recognition that “it beats all you ever saw!”

This barrel aged imperial stout boasts a recipe inspired by our most beloved spirit, Kentucky Bourbon. Bo & Luke employs the constituent ingredients in Bourbon, as well as being conditioned in freshly dumped Kentucky Bourbon barrels for up to 120 days. The resulting brew is a dark, smokey, and delicious imperial stout that has anyone who tries it reeling for more.

We will be releasing “Bo & Luke” to the public on September 14th at 5pm. To celebrate the release, we are holding our second annual Official Bo & Luke Release Party. The celebration will include a VERY LIMITED amount of Bo & Luke on draft, a limited number of 750mL bottles, and a special release of 4 packs that include 4 different incarnations of Bo & Luke. There will be a special appearance of The General Lee & Hazzard County Police Cruiser along with the foot stompin’, rockabilly sounds of The Solid Rock It Boosters.

A pre-sale of the 4 packs will begin on August 31st 5pm at Against The Grain. There will be no phone orders for the pre-sale, it is an ‘in person’ purchase only. The pre-sale price will be $69 +tax. Those getting a pre-sale ‘stub’ will get their 4 pack on September 14, by presenting the stub at the Bo & Luke Release Party. Any remaining 4 packs will be sold on September 14th after 5pm at a different rate and on a ‘first come, first serve’ basis.

The release of Bo & Luke and festivities celebrating coincides with Louisville Craft Beer Week 2013. Against the Grain Brewery will be hosting a full slate of events for the beer nerd in you… get some!

For more information on LCBW 2013: